10 Women Who Invented Tech That Revolutionized The World

In most regions of the world, there is still a significant underrepresentation of women in the tech industry. Approximately 69.9% of all tech workers paid by US tech companies were men. Girls still have limited access to education in Africa. According to UNESCO, 52 million females are not enrolled in school. These numbers, which at first glance might seem to be mere statistics, represent the views of many women who believe that men predominate in the technology industry. Although men predominate in the tech sector, some women have made their mark and others are doing the same while encouraging more women to join.

It is no longer surprising that more women are working at the forefront of innovation because women have long excelled in the tech industry despite gender biases. Many women have done it, some are still doing it, and more will keep doing it. Women are in the business of influencing the tech industry and changing the course of history. It shouldn’t be a surprise that women will be in charge of the tech industry in a few decades, and we are undoubtedly progressing in that direction. As technology develops, more women are willing to take on the challenge.

We’ve all heard the stories of the courageous women who pioneered the technological advancements that revolutionized the world, and even today, their influence is still widely recognized and fashionable.

However, you simply woke up one morning to find your creations flying all over the planet. It would undoubtedly give you a positive feeling and ignite a strong desire to work harder.

Just in case you are still finding it difficult to take the risk or are still considering different strategies. If you are contemplating giving up on your goals in the computer industry, you might as well have become disoriented during the journey.

Let’s briefly explore the lives of a few women who have influenced the tech sector and a few who currently have greater influence. Ideally, their tales will motivate you to take more action.

El Dorado Jones, famously known as “Iron Woman”, owned a metalworking factory where only women within the age range of 40 years were employed. She was recognized in 1917 as the person who invented the airplane engine muffler, despite never being given the funding to make one. This muffler was said to be able to minimize noise with no impact whatsoever on power.

However, it was referred to as the very first efficient exhaust system for an aircraft engine. Jones’ exhaust system featured some tiny pinwheels that could deflect sound waves and block exhaust gas flow without putting unwanted back pressure on the engine.

Ada Lovelace is credited with being the first computer programmer ever because she developed an algorithm for a hypothetical machine.

Ada Lovelace, an English aristocrat, was hired by Charles Babbage in 1843 to work on his Analytical Engine “the computer,” which he had invented. Beginning with a text written by the Italian mathematician Luigi Menabrea and published in French, Ada Lovelace added a ton of notes to the English translation, including the first-ever computer algorithm.

The fact that Lovelace could see the computer’s potential beyond simple algebra is noteworthy. The engine can arrange and combine numerical values just like letters or other generic symbols, and if the right tools were available, it might even present its output in algebraic notation.

The majority of computer programs were written in numerical code before Grace Hopper made her contributions to the field. She developed the Harvard Mark I computer in 1944 in addition to the compiler. This tool transforms written English into computer code.

She later worked with others to develop COBOL, the first programming language that was equally used in business and government. She was a Rear Admiral in the Navy and the person who coined the terms “bug” and “debugging,” as if all of that wasn’t enough. She also produced a compiler that could translate text into computer code. Additionally, she contributed to the team that created COBOL, one of the first modern languages.

Shirley, a more contemporary female inventor, made history in 1973 when she became the first black woman to receive a PhD from MIT. She later started working for Bell Laboratories, where she undertook studies that resulted in the development of solar cells, fiber optic cables, portable fax machines, touch-tone phones, caller ID, and call waiting, among other innovations.

Susan Kare, also known as “the Betsy Ross of the Personal Computer,” is a designer who contributed to the creation of the Apple computer. She is known for her iconic graphic design work and imaginative typographic use. She collaborated with Steve Jobs to develop a number of the Mac’s now-ubiquitous interface elements, including the command icon, which she found while looking through a book of symbols.

Additionally, she created the Happy Mac icon, which greeted Apple users when they turned on their computers, and the trash can symbol, which indicated where users could I no longer want to dispose of items. Kare’s efforts to make the computer feel more One reason why Jobs is credited with making technology more approachable through Apple’s products is that they act like friends—and less like machines.

She didn’t, however, only work on products for Apple. Kare kept designing after working with Apple and Microsoft. Many of Facebook’s “digital gifts,” like the charming rubber ducky, are obvious works of hand. She was the co-founder and creative director of the online media giant Glam Media, which has her most recent digital presence.

AppsTech is a provider of enterprise application solutions that was established in 1999 by Rebecca Enonchong of Cameroon. She earned a spot on Forbes’ list of the 10 female tech founders in Africa to watch because of the company, which has clients in more than 40 countries across three continents.

AppsTech provides services like application management, training, and implementation, along with a variety of software products. Enonchong is always on the lookout for new technologies to keep your business moving forward.

EnonChong said of her success: “If you succeed, stay humble.” Success is not always linear. Ups and downs are inevitable. Humility helps keep everything in perspectives

Osayanmo Omorogbe, who was born and raised in Ikeja, Lagos, Nigeria, never had any intentions of starting a business or even becoming an entrepreneur.

Despite the fact that she now runs a fintech company, she never expressed any interest in technology during her formative years. Her “fortunate stumbles” into IT and finance came when she realized that studying Chemical Engineering was not something she enjoyed.

As a result, he developed an interest in finance and found work with a Lagos-based private equity firm.

Using her knowledge of finance and investing, she made an effort to purchase shares in companies like Apple and Google. However, she couldn’t. To address this issue, Bamboo was developed, enabling Nigerians to buy foreign stocks while lounging on their phones.

Omorogbe grew up knowing she could pursue any career. She didn’t require any additional evidence that she was capable of anything because her grandmother was one of the first female doctors in West Africa and her mother was a professor of law.

There was simply no room in my mind for the notion that women couldn’t achieve their objectives.

She encountered people who didn’t share her perspective and believed that some of her career objectives were only appropriate for men.

Ernestina Appiah thinks that a company can succeed by combining passion, innovation, creativity, and diversity. She believes that by instilling these traits in Ghanaians at a young age, digital entrepreneurship will spread across the country.

Ghana Code Club engages in this activity. Children are exposed to computer science at a young age through projects that allow them to create their own websites, mobile apps, games, and animations in this national after-school program, which was founded in 2015.

However, Ghana Code Club envisions a developed Ghana where the next generation has the knowledge and ability to successfully use technology for both personal and professional success.

The goal of Appiah is to provide every child and young person with access to the skills they need to succeed.

Tiphub was established in 2014 by Amanda Spann to support technology-and social enterprise-driven innovation in the African market. Profit and purpose coexist at TipHub. By offering clients funding, mentoring, business training, advisory services, and accelerator programs, the company hopes to increase the number of socially conscious investments in Africa.

Spann offers remote business owners access to venture capital funding with her initial strategy. Tiphub thinks the future of startups won’t be city-based due to technological advancements making it simpler for businesses to operate with customers and clients from different cities, as well as the problem of expensive shared resources like the internet and office facilities. I’m here.

iMED Tech Group was founded in 2015 by Nneile Nkholise, who had a master’s degree in mechanical engineering from the Central University of Technology. The business offers cutting-edge medical solutions to advance healthcare throughout the continent. Nkholise has experience with 3D printing applications in the medical industry and has created custom products using this technology.

Nkholise is a part of the elite group of business leaders known as Harambean, who run organizations that help South Africans reach their full potential. She also received the SAB Foundation Social Innovation Award, was recognized at the World Economic Forum for Africa as Africa’s Best Innovator, and was chosen to represent her nation at the Global Entrepreneurship Summit. She was ranked 13th on Forbes Africa’s 2018 30 Under 30 Technology List, making her the list’s top female entrepreneur in recognition of her accomplishments.

We’re glad you could make the trip back. Now that you’ve read the biographies of these remarkable women who have made a difference in the tech sector, what are you waiting for? Why not begin your tech journey right away? Here is a link where you can read one of our students’ reviews: https://heelsandtech.com/our-student-stories/. You should definitely check out our juicy package for you at https://heelsandtech.com/our-courses/. 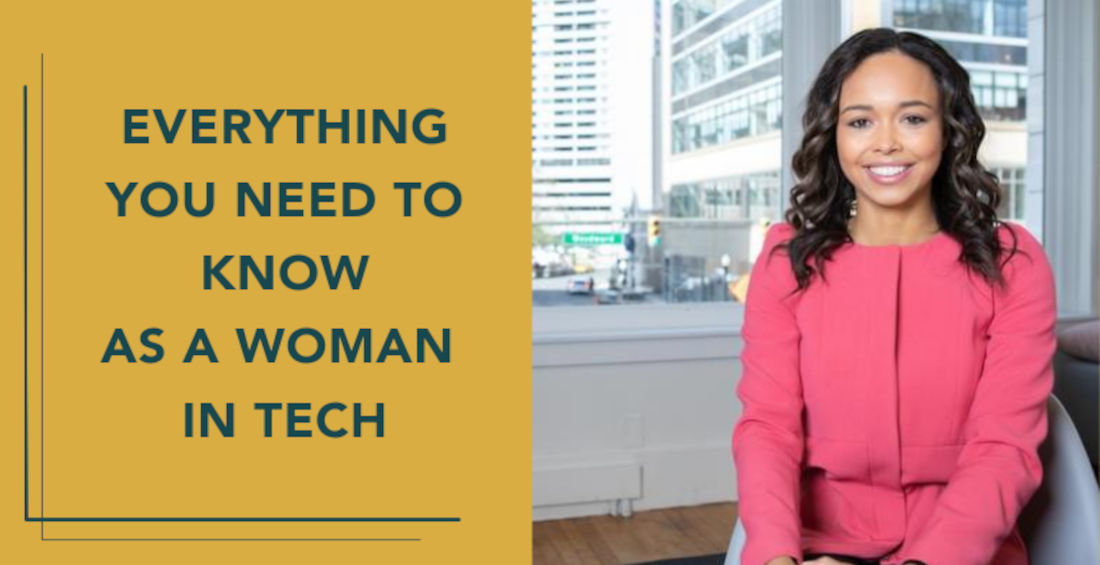 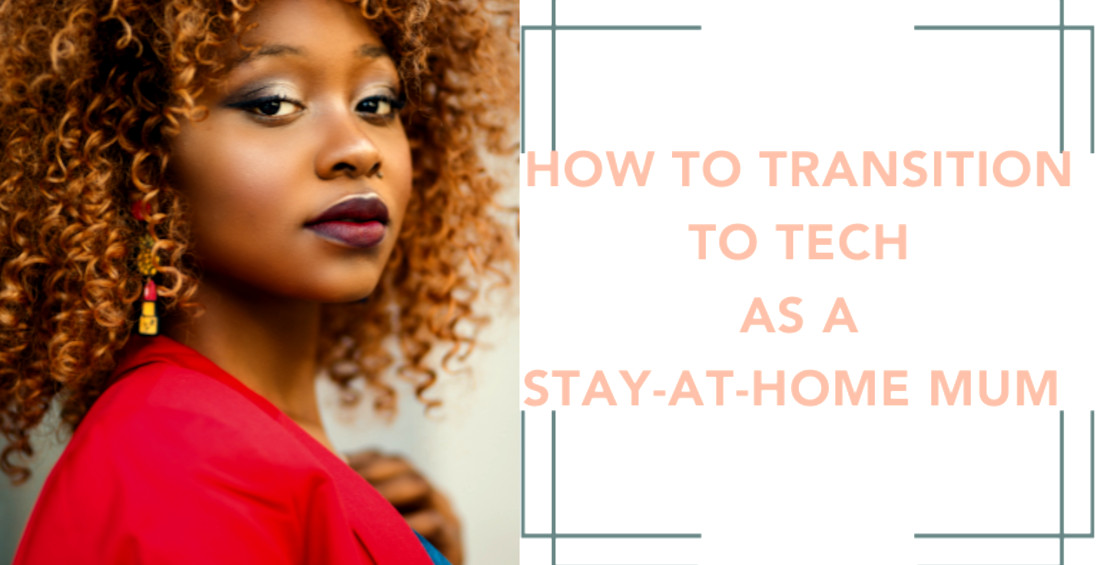