USA, one of the domiciles of technology advancement and software development, is ranked fourth in its areas of technological expertise and innovations, globally. It is not without knowledge that various individuals have contributed immensely to the growth of this country technologically. Inventors, scientists, developers, etc. have found places in the US where they can grow and expand in this industry.

These people do not only consist of the male gender, but also their female counterparts. This article therefore centers on the top women in the industry who can be looked at and learned from.

Sheryl Sandberg is a prominent business woman, billionaire and philanthropist. She is the Chief Operating Officer at Meta Platforms which is in charge of Facebook and the likes. Sheryl had helped turn its advertising business into a profit powerhouse which now has expanded. She helped increase ad revenue by thirty seven percent using Facebook as an advertising platform and now ranks #18 in Forbes list of America’s Self-Made Women. Prior to her time in Meta Platforms, she served as vice president of global online sales and operations at Google and was involved in its philanthropic arm. She is well respected and known as a high-profile woman in the tech industry.

With more than thirty years of experience in the technology industry, Diane is currently the Chief Information Officer of The Walt Disney Company. She oversees their business systems, infrastructure and is responsible for the planning, execution and operations of Disney IT systems. Diane therefore ensures their strategic relevance and effectiveness in operations. She has led capital program delivery, technology operations, cybersecurity, data privacy and digital strategy in a mining company before working with her Walt Disney. Diane is a fast learner and is enthusiastic about STEM related developments. She began her career as an engineer but is now a top ranking tech leader in the US.

She is the Chief Digital Officer of Microsoft US who is globally known as a technology leader that has made a strong impact on technology leadership and transformation of businesses. She works with a team to help business use and make the most of technology to innovate, adopt standard models and be transformed digitally. Jacky regularly speaks on inclusion into the digital world, diversity and leadership. Born in London, we can say she has been inculcated into the US system because of her long stay in the state.

Susan is a Polish-American and the CEO of the famous app, YouTube. One of the most powerful women in the tech world who cannot be overlooked, she is a lady who has been in the tech industry for over two decades. She was involved in the founding of Google and later became one of their first employees and their very first marketing manager. She led Google’s online advertising business and video service which resulted in the success of purchasing YouTube. Since Susan became CEO, YouTube’s percentage of female employment has risen from twenty four to nearly thirty percent. Through her success, many people have gained recognition just by using YouTube, they have become more educated because of educational study materials made possible by the use of YouTube.

With more than two decades of experience in the tech industry, Mary Beth is a trusted e-commerce giant who has a lifelong passion for math and science in helping drive innovation in the tech space. She started her career as a programmer before she was promoted to a senior engineer and then into management. She is the Vice President of the well known Amazon Technology and has led it to many successes. Through her career, she has always supported and sponsored women entering into STEM fields. She is inspired by great women and also a source of inspiration.

She is a business woman and engineer, also the President and Chief Operating Officer of SpaceX, an American space transportation company. She is responsible for their day to day operations and their growth. Shotwell is someone whose expertise has stood out and made the company launch successful spacecraft. She believes in doing more as it looks like she has not stopped planning on achieving more. Through her leadership in corporate and external programs, Shotwell has helped raise over $1.4 million for STEM education programs thereby reaching thousands of students globally.

Founder of her own company, Hello Alice, Carolyn is a former banker who has developed a smart technology that helps business owners find the right path to the success of their businesses. She is an advocate of underestimated business founders, who believes technology will improve businesses. She is in support of women entrepreneurs and helps them by connecting them to sources of capital, mentors and strategic partners that will help them upscale their businesses. Carolyn is committed to closing the gender gap seen evidently in the startup environment, by helping female founders implement key strategies for sustainable, accelerated business growth.

Ellen is a lawyer and also an activist for diversity in tech. She has been a huge inspiration for many people interested in getting careers as entrepreneurs. A one time CEO of popular social media company Reddit, she learned how to code from her mother at the young age of ten. She is an advocate against gender discrimination & sexism and strongly holds her grounds on the issue of inclusion of females in the tech industry. Therefore, she founded her company, Project Include, which uses data to accelerate diversity and inclusion in the tech industry. She is also an author who has written on how women are treated in the industry.

A woman whose nonprofit organization is putting in efforts to close the gender gap in technology while teaching girls confidence and bravery through coding. Reshma is an Indian American lawyer who aims to increase the number of women in computer science and the number of women employed in that field. She has spent years and time fighting for women and girls’ economic empowerment. Most recently, she is advocating for policies to support moms impacted by the pandemic. She does this through her organizations: Girls Who Code and the Marshall Plan for Moms. She is seen as a powerful woman changing the world.

CEO and founder, Jess owns a Fintech company that helps businesses manage their taxes and accounts. She has grown the company from zero employees to over two hundred and fifty. Jess is also part of a company, Mahway, that aims to build high growth companies over the next decade. She finds value in mentoring young entrepreneurs and helping them run better businesses. She is a role model to many young entrepreneurs. Jess started her own internet businesses and programming in middle school. She’s one of the people who make business start ups look less threatening and more optimistic.

She is the Chief Information Officer at Oracle, a company experienced in cloud infrastructure. Jae is responsible for the execution, technical direction and cloud migration strategy for the company. She has spent two decades building and leading worldwide technology teams that deliver world-class, highly available, and secure cloud infrastructure and services. She believes in the powerful impact cloud technology has on industries. Jae Sook is passionate about bringing diversity into the workplace, as well as inclusion.

Kyra is an experienced innovator who assists in companies’ start ups, development and strategic direction. She is seen as an inclusive leader and transformation strategist. Kyra has over eight years experience in teaching individuals how to influence systems, cultures and organizations to yield fruitful results. She’s taken with creating the most optimal environment for providing solutions that transform businesses and society for a better future.

Nayaki is the president of Ivanti. Ivanti is a software company responsible for innovation and growth through cyber security, robotic automation and service management. She is one of the beacons of light in the technology for women, achieving some phenomenal growth in the company. She is driven by the challenge of being able to bring new ideas and challenges into the market.

She is an American engineer and the CEO of GoldieBlox. GoldieBlox was founded to introduce engineering/construction toys for girls at a time when there were no such products available. Her company has seen tremendous growth because they are seen as builders of problem-solving skills of the future leaders. She is a spokesperson and advocate of women in engineering and technology. She was criticized that the products of her company would never catch on. But and after years of research and success this has been proven to be incorrect. Since then, over a million toys have been sold. She works towards getting girls interested in science.

Founder and CEO of Black Girls Code, Kimberly is a woman who started her company back in 2011 because she wanted more African-American females involved in technology. She is an African American electrical engineer who has worked in the biotechnology field at Genentech, Novartis Vaccines, etc. Her NGO focuses on providing African American girls technology and computer programming education. She is dedicated to changing the face of technology by introducing girls of color, from ages seven to seventeen, to the field of technology and computer science with a concentration on concepts of entrepreneurship. She is nationally recognized as a social innovator.

We know you may be wondering why women in tech are so astounding. It is because they are creative, innovative, and smart people who have always been part of the world of technology. You can be one of them.

Being a woman in the tech industry might be quite challenging for you but HeelsandTech will help you get started. Take the bold steps of enrolling in any of our courses and let us help you. You will get to that place you want to be technologically, in no time.

Cheers to being bold! 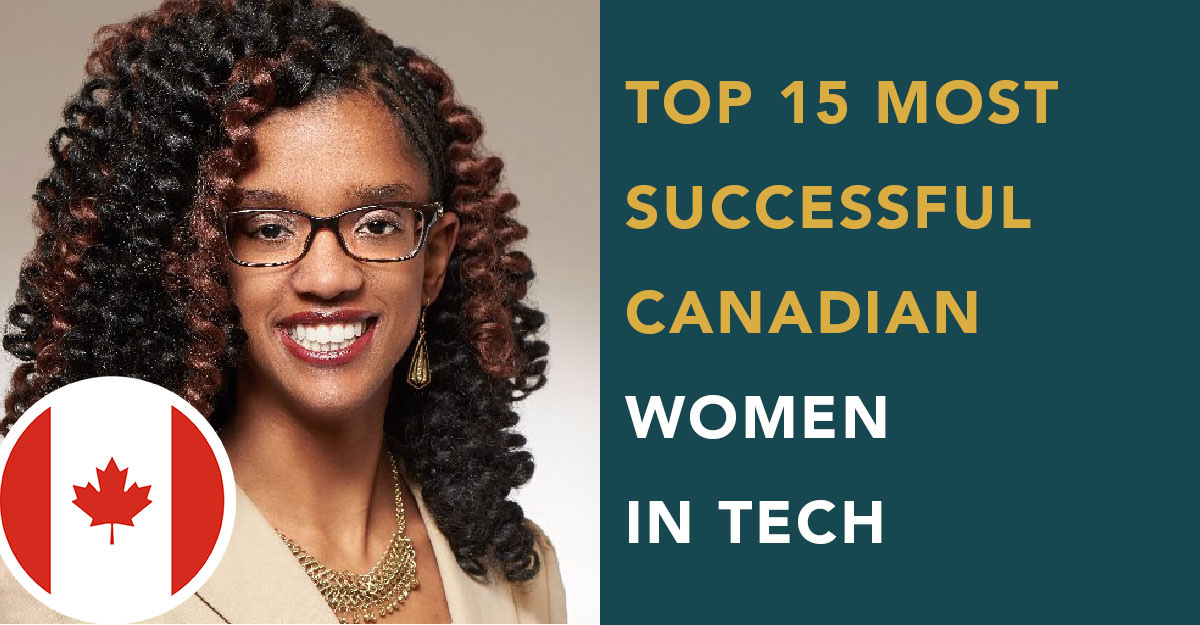 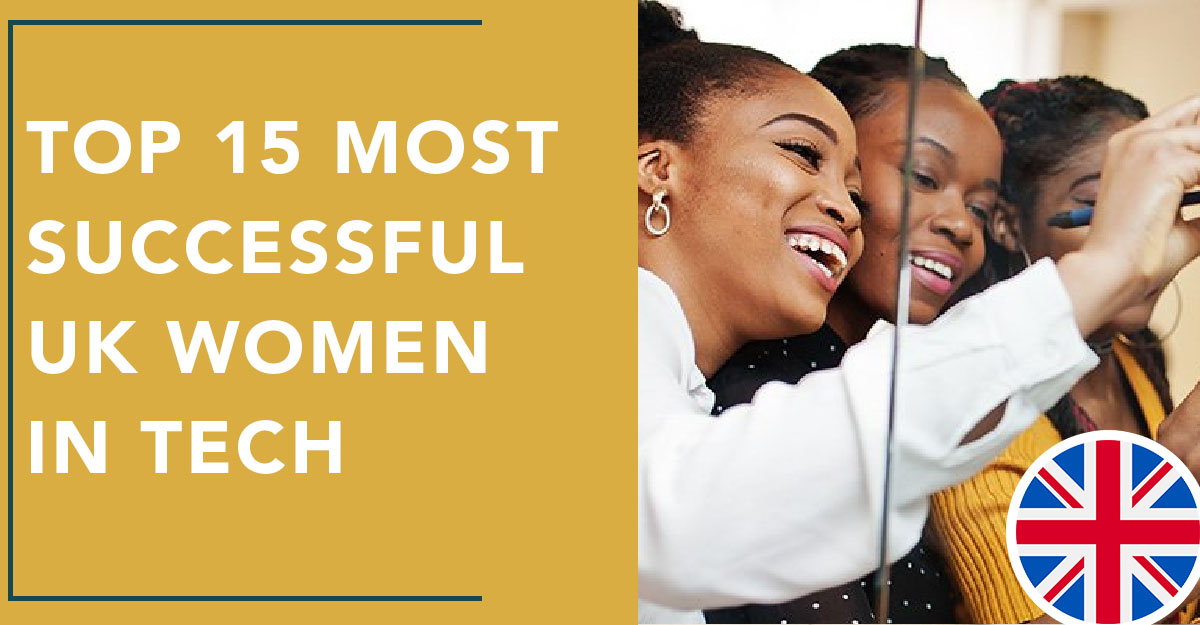